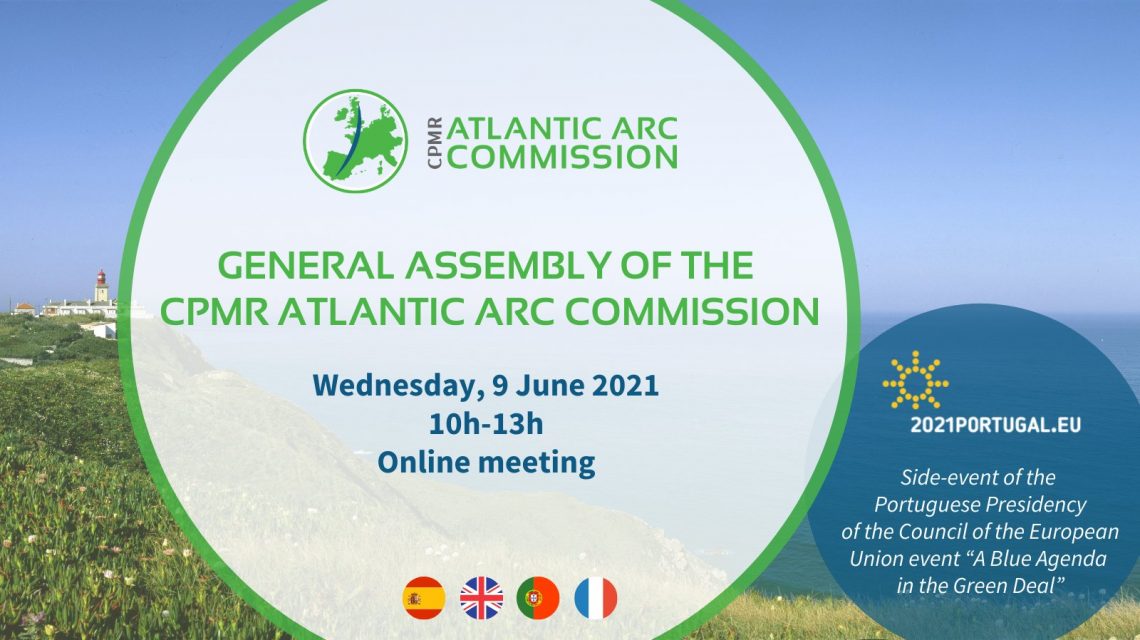 Atlantic regions ready to boost ports as hub of the Blue Economy! October 13, 2021

During the last CPMR Atlantic Arc Commission General Assembly held on the 9th of June, political representatives of Atlantic regions adopted the decision to include the AspBAN project (Atlantic Smart Ports – Blue Accelerator Network) in its workplan. The Transport Working Group of the Atlantic Arc Commission will act as a networking platform to share experiences on the development of blue accelerators in ports from CPMR member regions.

The CPMR Atlantic Arc Commission (AAC), a network of 15 regions, chaired by President Iñigo Urkullu, President of the Basque Country and President of the Atlantic Arc Commission decided, on June 9, 2021 to launch the work of the AAC under the AspBAN project. The AAC will act as a bridge between the AspBAN activities and the other CPMR member regions. It will connect the results of AspBAN not only to Atlantic regions but also to regions from other sea-basins and transatlantic stakeholders. In charge of the work package on “Capitalisation”, the AAC Secretariat will develop a series of workshops together with other CPMR Geographical Commissions. This work will culminate in a CPMR summit in April 2022 and will aim at building a collaboration with the SEArica Intergroup in 2023.

The project is well aligned with the Atlantic Arc Commission goals to strengthen the strategic role of ports and to foster further collaboration with the other CPMR Geographical Commissions and transatlantic actors. The AAC representatives were agreed unanimously for the integration of AspBAN into the AAC workplan.