Name
A Coruña Port Authority
Description
The Port Authority of A Coruña is promoting a business model known as Advanced Landlord Port which is leader of the integral offer. Under this model, the Port Authority provides port space and infrastructures and regulates the operations conducted within the port area, but does not provide port or commercial services such as those of a technical-nautical nature (pilotage, towage and mooring), cargo handling, MARPOL waste reception or passenger-related services, among others. The port of Coruña has a high energy component. It must remain a benchmark in new, clean, green energy, creating a Hub of Renewable Energies, from the generation, transport, storage and industrial development of its construction, based on R + D + i. The development of the Outer Port seeks to align with the European objectives of Sustainability, Development of Renewable Energies and Energy Transition.
Website
http://www.puertocoruna.com/
Beta-i Collaborative Innovation 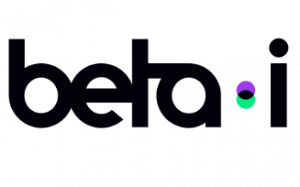 Name
Beta-i Collaborative Innovation
Description
Beta-i is a collaborative innovation consultancy with a global reach, which unites large companies with thousands of startups around the world. Responsible for managing collaborative innovation projects and developing innovation ecosystems for clients in nearly 20 countries, Beta-i has vast experience in the universe of business transformation, being one of the agents responsible for building the success story of technological innovation of Lisbon recognised globally. With 50 people from 15 countries on the team, Beta-i has developed, over a decade, more than 250 innovation projects in 14 different sectors, with over 300 pilot projects developed and 120 businesses established between companies and startups. Beta-i was recently distinguished by the North American magazine Global Finance as one of the best center of innovation in Fintech in the world, according to the annual Best Financial Innovation Labs 2020 ranking.
Website
http://beta-i.com/
Bilbaoport 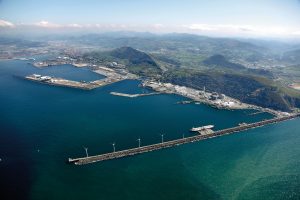 Name
Bilbaoport
Description
A privileged geographic location, with modern and functional facilities and a wide range of maritime services available to all international markets...all these factors combine and contribute to making the Port of Bilbao one of the leading ports in Europe.
With the clear objetive of becoming the reference port in Atlantic Axis traffic and promoting the competitiveness of its customers and the economic activity of its area of influence, the Port of Bilbao focuses its efforts and resources on improving its logistics capacity, on setting up new infrastructures and services and on an unequivocal commitment to innovation.
What´s more, the Port of Bilbao has magnificent intermodal connections that further strengthen its potential in terms of logistics.
And all of this while ensuring sustainability and with the utmost respect for the environment.
Website
https://www.bilbaoport.eus/
Conference of Peripheral Maritime Regions (CPMR)

Name
Conference of Peripheral Maritime Regions (CPMR)
Description
The Conference of Peripheral Maritime Regions  is a network that brings together more than 150 Regions from  24  States from the European Union and beyond. Representing about 200 million people, the CPMR campaigns  in favour of a more balanced development of the European  territory. It operates both as a think tank and as a lobby for Regions.

Through its extensive network of contacts within the EU  institutions and national governments the CPMR has, since its creation in 1973, been targeting its action towards  ensuring that the needs and interests of its Member  Regions are taken into account in policies with a high territorial impact.

Name
FUNDACION VALENCIAPORT
Description
Fundación Valenciaport is an Applied Research, Innovation & Training centre providing services to the port and logistics cluster. This initiative of the Port Authority of Valencia has enjoyed the collaboration of notable businesses, universities and institutions from the port community. Since its establishment, it has developed projects in more than 60 countries, primarily Mediterranean nations, as well as from the rest of Europe, Asia and Latin America.
Website
https://www.fundacion.valenciaport.com/en/
KALEIDO, Ideas & Logistics

Name
Maritime Cluster of Canary Islands
Description
The Maritime Cluster of the Canary Islands is a non-profit association with a regional scope whose main objective is to promote the development and international competitiveness of the Maritime Sector of the Canary Islands, in turn raising the business, economic and social fabric of the Canary Islands. This is done through the integration, creation, strengthening and sustainability of the companies and institutions that are within the value chain of the maritime marine sector, promoting its international presence and raising the technological and innovative standards of all the agents involved, aligned with policy development and social demands.
The strategy to achieve this goal is based on values such as cooperation, commitment, communication and competitiveness.
Website
http://www.clustermc.es
Port Authority of Gijon 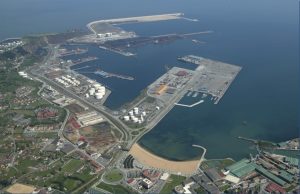 Name
Port Authority of Gijon
Description
The port of Gijón is one of the main seaports of the Atlantic Arc and is the leading port for solid bulk movement in Spain. Its facilities are suited to new market requirements in terms of depths, quays and storage areas and provide services with the best quality standards.
The Port of Gijón embraces commercial activities as well as nautical sports, tourism, fishing and shipbuilding, and covers an extensive coastal strip from the present-day marina in the city center (old local port), to the El Musel and Aboño area.
Currently, the Port of Gijón is Spain’s main bulk carrier port and one of the most important of all the Atlantic Arc, thanks mainly to imports of coal and iron ore from countries such as the United States of America, Brazil, Russia, Canada for the steel plants and thermal power stations. Also important are the inbound shipments of liquid bulk, as well as a wide variety outbound shipments including cement and general merchandise, represented mainly by container transport.

The fundamental pillar for the development of this Environmental Strategy is its Environmental Policy defined in the framework of its Environmental Management System, which allows it to identify its most significant environmental impacts and act on them by continuously improving the environmental management of the organization. Among these, air quality is for the Port of Gijón, main bulk carrier port of Spain, a priority objective.
The Port of Gijón has participated since 1992 in more than 60 initiatives co-financed with European funds with a clear objective: progress. Through its involvement in community initiatives and the teamwork with consortia of European organizations, it makes possible the developing of actions that facilitate competitiveness and sustainability of port business, improving the operations and therefore the profitability of our possible customers.
Website
https://www.puertogijon.es/
PORT AUTHORITY OF VALENCIA 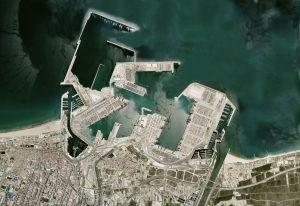 Name
PORT AUTHORITY OF VALENCIA
Description
The Port Authority of Valencia (PAV), which trades under the name of VALENCIAPORT, is the public body responsible for running and managing three state-owned ports along an 80km stretch of the Mediterranean coast in Eastern Spain: Valencia, Sagunto and Gandia.
Valenciaport is a major gateway to Europe in Spain and plays also a significant role as a redistribution center in Western Mediterranean since some 53% of its containerized cargo is transshipment. Main regional and national industrial sectors benefiting of Valenciaport facilities and services includes car & equipment manufacturing, building materials, agricultural products, consumer goods, energy products, iron and steel products, and chemical products. Valenciaport is the main gateway in Spain for trade with China (Asia), the USA (America) and Algeria (Africa), among many other countries.
To cope with current challenges Valenciaport strategy concentrates on market orientation, service efficiency, intermodal and logistic integration, and economic, environmental and social sustainability, supported all those aspects by a timing incorporation of new technologies.
Website
http://www.valenciaport.com
Next →